How to Pick the Best Vet for your Pet’s Health

Recently Dyson (my rather laid back Ragdoll cat) went down with a bout of cystitis. This prompted me to find another vet for her after our previous vet visit (see below). I then thought about how you would pick the best vet for your pet and you.

A bit of context is probably needed here as to why I needed to find a new vet. And the silly mistakes that I made at this time and why I won’t make them again (hopefully).

Anyhow about two months ago she first had a recurrence of her cystitis and after a quick online search I had her booked in for a vet appointment at 10.30am. And after a lot of crying, I managed to get her in her cat carrier and off we went with her yowling all the way. She really hates going to the vet so yowls all the way.

So Where Did This Go Wrong

Well the vet’s waiting room was packed with people when we arrived. This meant no seating available. And the noise was very loud. There were children running around the reception and dogs barking. Now imagine this – already my cat is stressed with feeling ill and now all of a sudden we have loud noises which she is not used to.

Not only was Dyson getting stressed in the waiting room but so was I. Not only that but children kept trying to come up to her carrier and peer in even though I asked them to stay away as they were stressing Dyson out further.

Finally, we got in to see the vet at 11.20. Yes 50 minutes after our appointment time and meaning that we had been in the very noisy waiting room for almost an hour.

So How Did the Appointment Go? 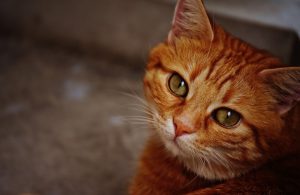 Well not very well to be honest. The vet seemed to be trying to rush us through the consultation with no real explanations of what he was doing and why. This might be because of how full the waiting room was but then why did they book all these appointments in if they could not give the pets enough time with a vet?

Went he went to weight Dyson he proceeded to tell me that she seemed overweight – at about 12 pounds in weight, Dyson is actually rather small for a Ragdoll cat and her weight is in the middle range for her size.

He then asked what she ate and he did not know any of the food that I feed Dyson. She does eat very high quality wet and dry food – not standard pet store brands. Instead she gets Almo Nature, Bozita and Orijen. They are all high meat content (unlike standard pet store food which only usually has about a 10 percent meat content) and do not contain grains which cats find hard to digest.

At this point he ran out of the consulting room and then came back in clutching a batch of cat food pouches and pronounced that I should be feeding my cat this food as it was the best. The food? Hills Science Plan! A food which I will not touch at all as it is full of additives.

He could not answer me when I asked why he thought this food was better. But not surprising that this food is sold in vet surgeries – as they do make extra money from it and the manufacturers of Hills Science Plan do sponsor vet conferences etc.

So basically I have come to the vet requiring treatment for my cat and the vet’s main concern is currently trying to sell me their cat food! Anyhow, I was adamant that I did not want his food and he gave me a painkiller for Dyson and nothing else.

By the time I got home I was as stressed out as Dyson was.

Fast Forward to this week

Dyson had a recurrence of cystitis – possibly due to the extra stress of having a new kitten about. This stress is not because she hates the kitten but might be because she has not stopped running around and playing.

I decided to use a different vet practise so did a bit more research this time. Looking at facebook reviews helped and other Google reviews. Not every review is ever positive as the majority of people never leave a review if they are happy with a service.

I then found a vet practise about 5 miles away. Rung up and booked an appointment for that morning. And then we had the same fuss of getting Dyson in her cat carrier again (after first removing the kitten from it) and the yowling in the car. 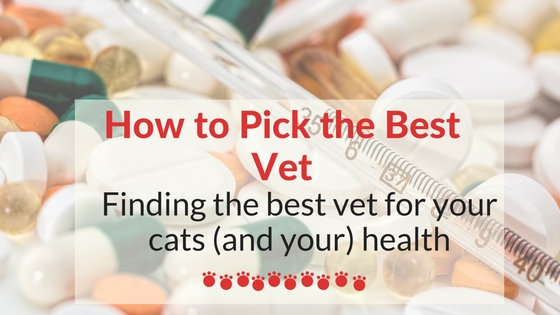 What a difference. Whilst the waiting room was smaller it was divided into a dog and a cat area so we could sit away from big dogs. And it was quiet. The reception ladies were very cheerful and chatty.

I was seen by the vet within two minutes of my appointment time and this was where the big difference was.

First, he weighed Dyson and immediately said her weight was fine and she was actually quite a small ragdoll. Yes he knew a bit about the breed. He then proceeded to ask lots of background questions about toilet habits and other changes. Something the previous vet did not do all about her toilet habits.

The Art of Consultation

We were asked about her food and he had heard of the brands that I feed my cats. He also asked about her drinking habits. Overall I felt that he was taking more of an interest and was not trying to rush us out.

He then explained all about how cystitis was caused and that some cats are more prone than others. He then also explained about the causes – stress, bacterial etc. Every part of his consultation was explained.

As Dyson does have some strange toilet habits. For example, she does not like putting her paws in litter and balances in the litter robot with only her bottom inside the box. He thought this could be linked and then gave me some ideas for prevention – some of which I had not thought of.

This included using boiled water in Dyson’s water fountain. Even though the water was filtered we were now in a hard water area and so this could be causing a few issues. He also thought the stress of a new kitten might be adding to the bout of cystitis. Not stress as in she was depressed. But, she was now much more active again and running around playing all the time. In fact Dyson has been acting like a kitten again.

He then spoke about preventative capsules that could be put over Dyson’s food which helps strengthen the mucus membrane in the bladder. This over time could help prevent further outbreaks. Again though it was possible that it might not make much of a difference.

But he told me the pros and cons so that I could make up my own mind. And he showed me the capsules. So did he then try and sell these to me and different food?

No! First up he said the food I was already feeding was top quality. Then he actually wrote down the names of the capsules. This was because I could find them online cheaper than he could supply them for. So there was completely no sales pitch.

Overall we spent around 30 minutes with the vet and I came out feeling much more relaxed. Dyson was also very laid back with him as he was gentle even when he gave her a couple of injections.

Dyson is feeling much better and is back to her usual self. She spent a couple of days being quiet and sleeping a bit after the injections. I have actually bought a supply of the capsules I was told about. We will try these out and see how they work.

We have also boiled some water and stored in the fridge to use to top up the water fountain.

What Did I Learn about How to Pick the Best Vet

The most important way to choose the best vet is to do research before hand and not leave finding a vet until you actually need one.

Also look at reviews and weigh up the negative ones. After all not every practice will be perfect.

Look at the vets’ websites. A good practise should list the vets that it uses and their qualifications. Make sure they are accredited with any bodies in your country.

It is also a good idea to find a vet that is not too far away as well as in an emergency you do not want a long drive (especially with a yowling cat in the car). And find out what their out of hours and emergency procedures are like.

Your vet practice should also be able to answer any queries you have so go along and visit them before registering and have a look at the waiting room. And chat to the reception staff. Remember to make an appointment first though.

Furthermore chatting to the staff and the vet also gives you a good feel for how they will be with your pet. After all both you and your pet need to feel comfortable. If they are happy to answer all your questions and do not act like you are wasting their time then you might have found a winner. And hopefully they also will not try to sell you products. You want a vet that is more interested in the health of animals than making money.

Hopefully these tips will help you pick the best vet too. If you have found this post useful then please share it out using our buttons below.