The Cat Rescuers – On The Trail of TNR

Abandoned cats and kittens are a massive problem in most cities of the world. Usually, these homeless animals are not neutered and as a cat can start having kittens at about 7 months old, within 7 years one unspayed female and her offspring can result in over 370,000 cats. Often these abandoned cats will remain on the streets where they live a scary life, or they will be sent to shelters and euthanised. Very few will ever be rescued and find homes. The Cat Rescuers is a new documentary that is being made by two film-makers highlighting this issue in Brooklyn, New York.

There are currently over a million abandoned and feral cats living on the streets of New York City. Some of these cats make it to kill-shelters where they are quickly euthanized as there are never enough new homes available. It is a terrible and devastating problem for any cat lover. And because this problem is so large and widespread, hundreds of devoted cat lovers have started themselves to help solve this problem. 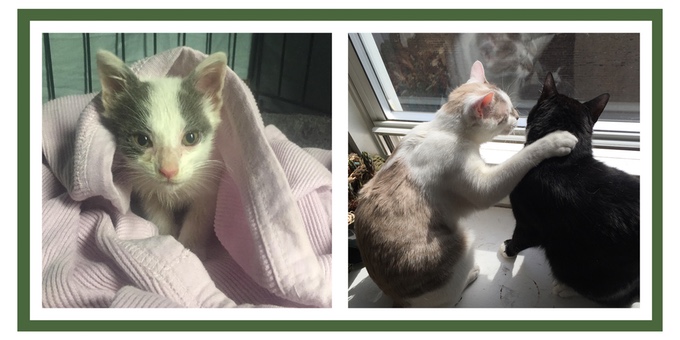 These animal lovers are helping implement a Trap-Neuter-Return (TNR) program to try and humanely reduce the abandoned cat problem. As well as trying to get as many cats off the streets as possible by arranging adoptions and caring for kittens.

The Cat Rescuers Highlights Some of the People Helping Rescue Cats

The directors of The Cat Rescuers, Rob Fruchtman and Steven Lawrence, are both renowned film-makers. But they are also longtime cat lovers and advocates of rescue groups. In fact, Steve and his wife Helen have trap-neutered-released 35 cats themselves on their block in Bay Ridge. And they are currently taking care of a colony of 12 feral cats.

The film itself follows four selfless animal rescuers on the streets of Brooklyn. Claire, Sassee, Stu and Tara have stories that will make you laugh and will also definitely make you cry. These four people hit the streets any time of the day and night to rescue the cats they love. They have all made sacrifices in their lives, both financial and personal in order to help make at least a small dent in this problem.

The film-makers want to make this film to help highlight this problem which is not just happening in New York. This issue occurs all over the world and not just in cities. And hopefully, this documentary will show other animal lovers how they can also help solve this problem.

What is Trap, Neuter and Return?

TNR is a humane way of helping control feral and abandoned cat populations. It is endorsed by the ASPCA and the Humane Society in the US as well as other animal rescue organizations within the US and Europe.

Quite often feral cats are not able to be adopted as they cannot adjust to indoor life. It has been estimated that approximately 70% of the cats who enter shelters are euthanized. And when it comes to feral cats this number is almost 100%.

Therefore, TNR tries to help reduce the numbers of feral cats on the streets. How it works is that they humanely trap a cat. The cat is then spayed or neutered, vaccinated and ear tipped to show that it has been neutered. If the cat is adoptable then the rescuers help to find it a furrever home. Unadoptable feral cats are then returned to their colonies to live out their days in peace.

The Cat Rescuers and Their Rescues 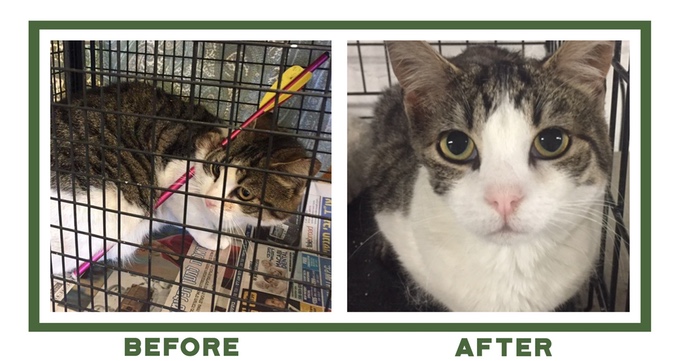 Some of the stories the documentary shows are heartwarming and yes many will probably make you cry. The rescuers themselves are absolutely amazing people. I honestly have so much respect for people who live their lives like this and put the welfare of animals above their own needs. They are really inspiring people.

Sassee Walker gave up her promising career as a rapper instead to focus on rescue work. She is a funny and down to earth single mother who rescues cats days and nights. As well as this she works as a full-time legal investigator.

Claire Corey is an award winning artist as well as being a full time production manager for a major New York art museum. In her spare time she is the founding member of Brooklyn Animal Action and rescues and adopts cats.

Stuart Siet runs a shelter out of a friends garage. Every morning he walks all over his neighbourhood to feed the feral cats that he can’t shelter. As well as this he works for NYC’s fire department by maintaining their radio communications.

Tara Green is an elder health care administrator who has a passion for rescuing cats. Last year alone she managed to rescue 250 cats.

Some of the stories are heartbreaking. Tara managed to trap a suffering cat who had managed to survive being shot in the face with an arrow by an unknown assailant. The cat was rushed to an emergency vet who managed to save her life. Or, three newborn kittens were tossed in a garbage can to die. Luckily, a rescuer found them and nursed the kittens back to health and managed to find them loving homes.

There are so many touching stories that this documentary is hoping to tell whilst focussing on how we can all help with this problem.

If you are interested in helping get this documentary made and seen then the makers have launched a Kickstarter campaign to help get backing. Pop over to their page and watch the video they have put together and share with your family and friends.